You are here: Home / Blog Posts / Kilshannig – The North Side of Dingle Littered with Bones 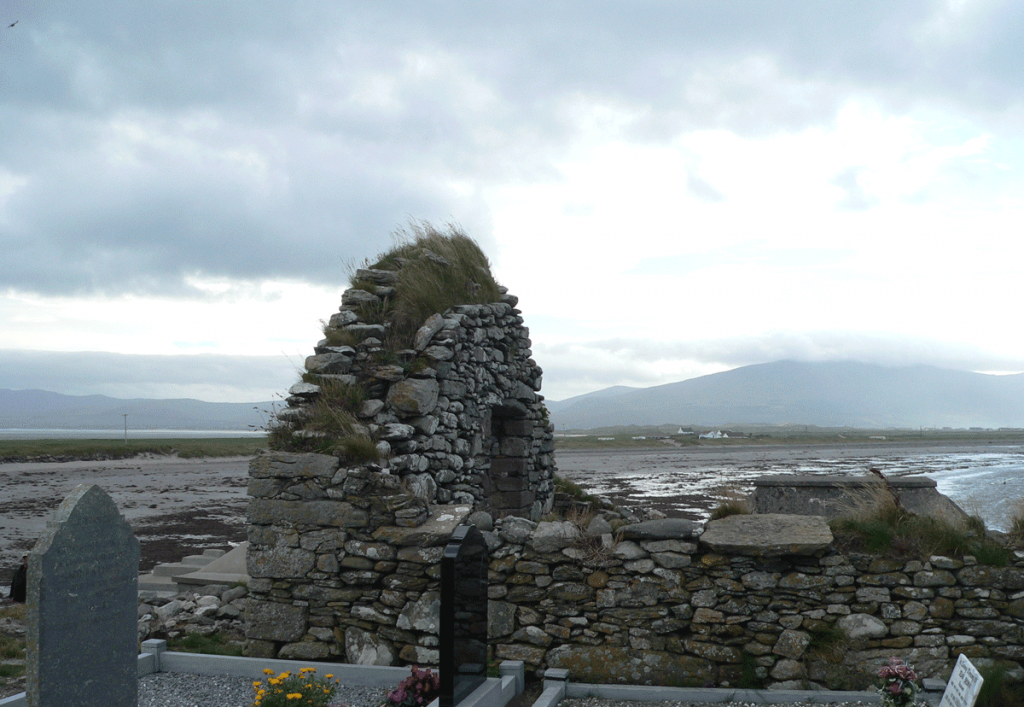 One of the few places in Ireland I can photographically remember is Kilshannig, a small dilapidated village on the Dingle peninsula at its northernmost point.  Most visitors that spend a day or less in Dingle seldom visit the northern route which has spectacular sea views, beautiful sandy beaches and commanding perspectives of Mount Brandon.

Just past Castlegregory is the turn-off to go out toward Rough Point.  Kilshannig is a hilly village with a few small houses and narrow roads.  We found cows wandering freely on the roadside and most of the buildings looked vacant.  St. Senan or Seanaigh built a monastery in the Magharee Islands just off the coast of this village in the 7th century that was accessed by sea.  A 15th century (some say earlier) church ruin now occupies the site at the edge of village overlooking Brandon Bay and the Atlantic Ocean. This little church was the mainland church for the monastery on the island.

Inside the church walls is cross-pillar slab from the 7th century. It has a Greek style cross carved on it and has been white washed. There are similar carvings on pillar slabs in Glencolmkille in County Donegal.  It’s believed that the slabs were part of a pagan ritual before the area was Christianized. This may have served as a wayside marker.  No one really knows for sure what these standing stones represented. 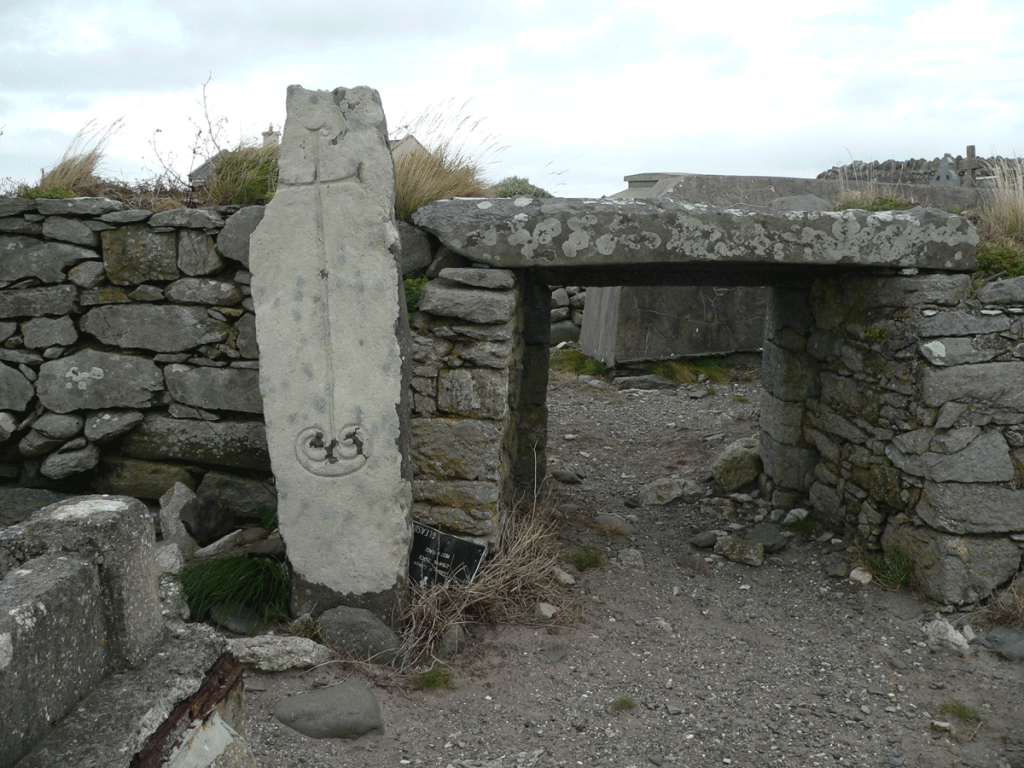 What a remarkable experience to add one’s own hands to the collection of thousands that have traced the engraved path of the cross on that ancient stone.

“In the graveyard is a cross pillar with a fine incised cross with expanded terminals and a double spiral at its base, similar to those at Kilfountain, Kilmalkedar, and Reask.”

Graveyard is Being Reclaimed by the Sea – Bones Everywhere 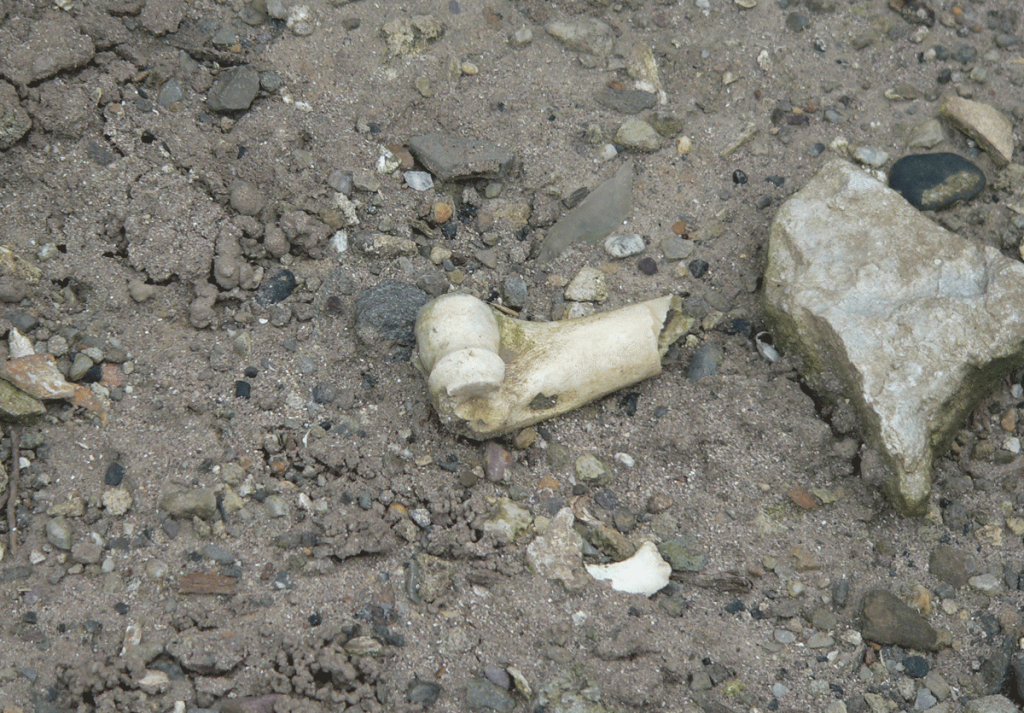 The ruined church was converted to a cemetery as were most of the church ruins in Ireland.  And though the church was built on high ground above the sea, Brandon Bay has occasionally eclipsed the banks and invaded some of the old graves.  Bones have washed out of the graves and litter the area in and around the church.  While it was a somewhat macabre site for us, it was also a reminder that our remains join all the elements of nature eventually.  We all return to dust. 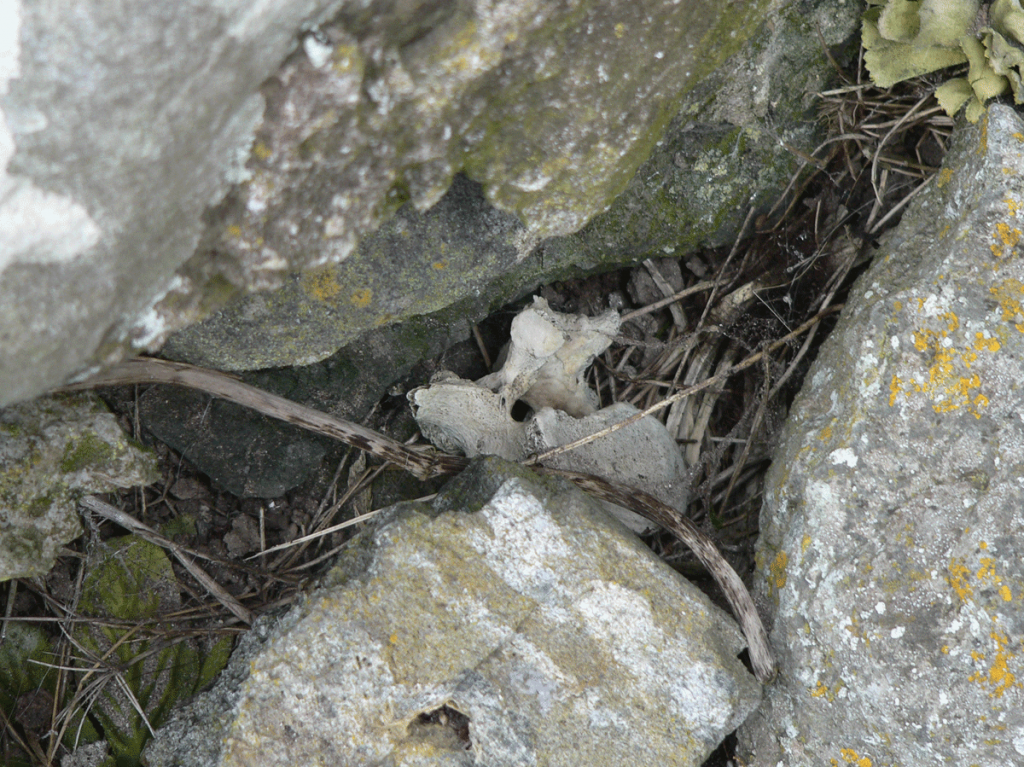 We found some interesting green chards scattered in one place.  They had no sharp edges, either glass shards worn down by the sea or some type of stone. 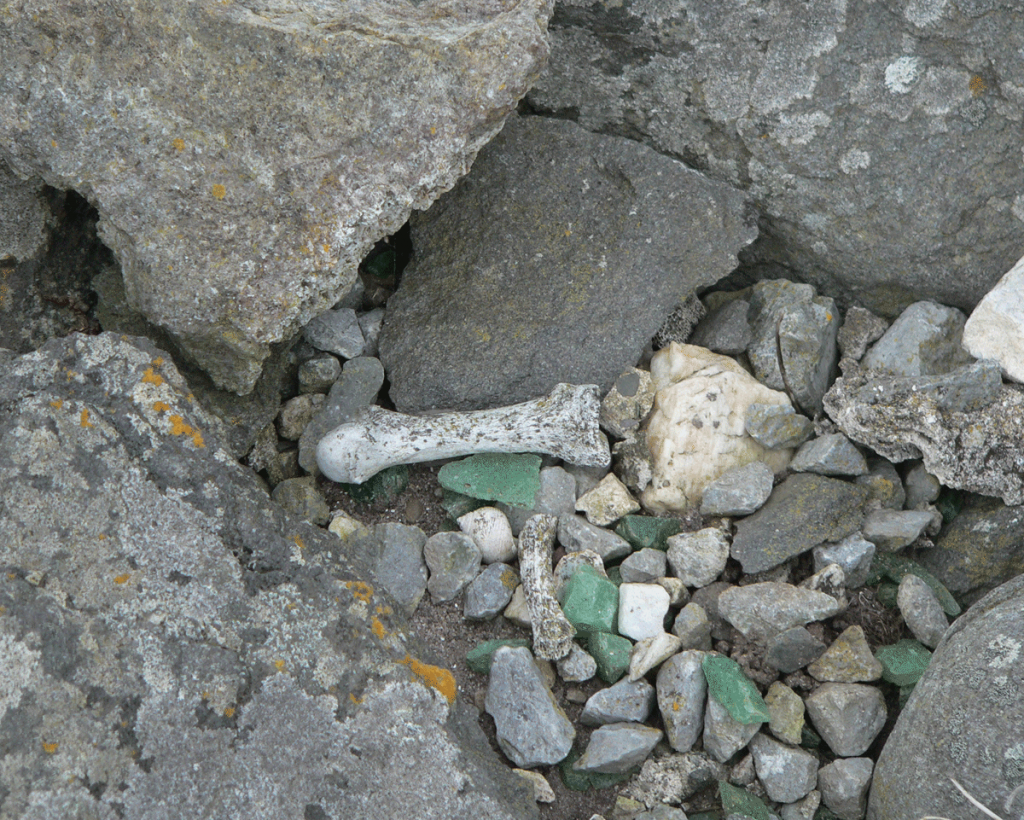 The views from Kilshannig are spectacular.  Mount Brandon dominates the western view with Brandon Bay lapping up on a shoreline that extends nearly a half mile out to sea.  In the distance, the crashing waves of the Atlantic Ocean can be seen and heard.  The silence of the village – save for the wind and sea – is almost eerie.  This is a holy place. 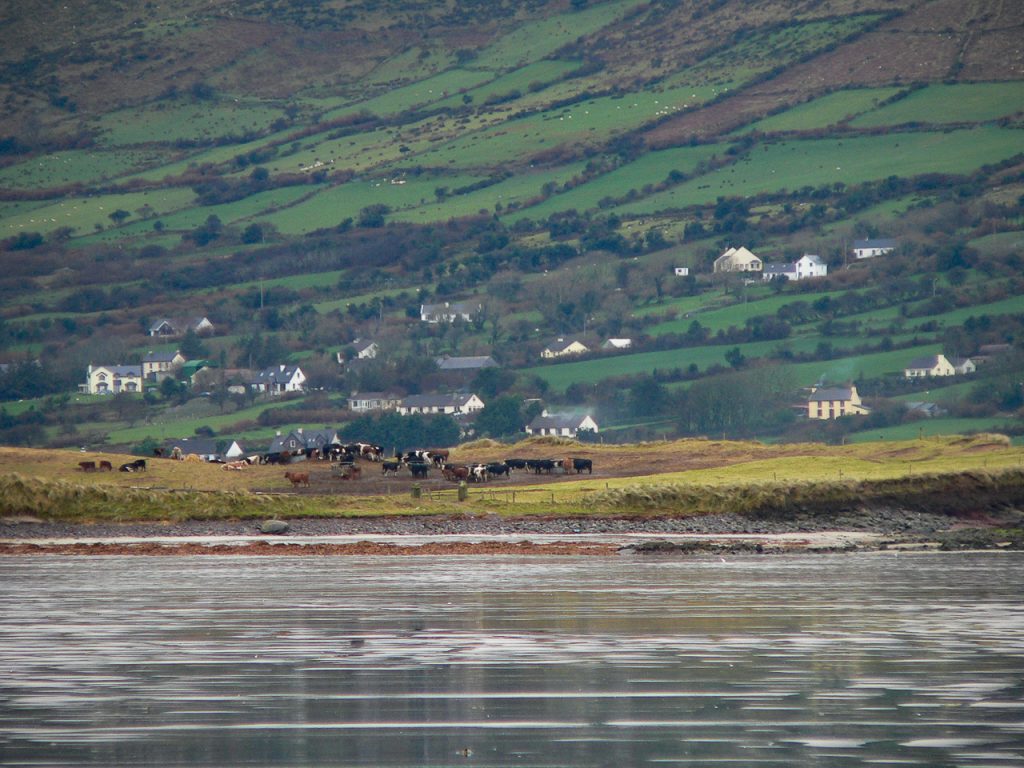 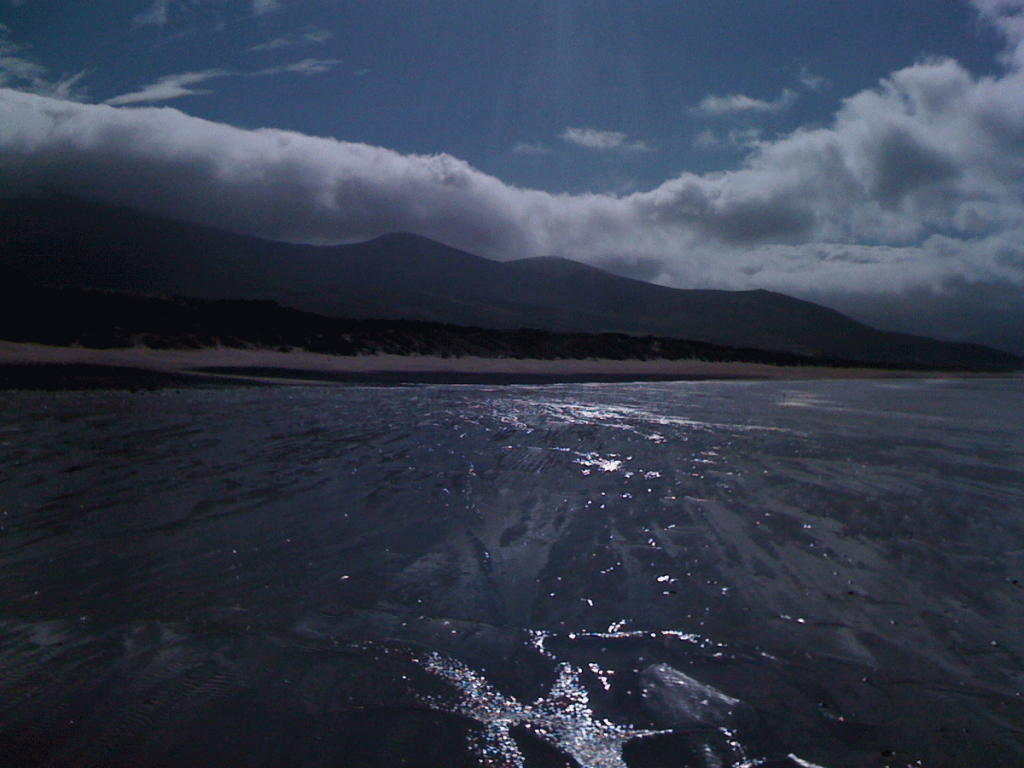