You are here: Home / Blog Posts / Corcomroe Abbey – Monastic Ruins in The Burren

County Clare is one the most visited areas on tours of Ireland, and the Burren is a worthy destination for any traveler to the West. The Poulnabrone Dolmen, ring forts and the  moonscape look of the Burren are what most people see in photos and guidebooks on Ireland.  But the mystical ruins of Corcomroe Abbey are an equally important Burren landmark.  This sacred ground compels the visitor to be quiet, devoted, contemplative … almost as is if the long-gone inhabitants were still there. 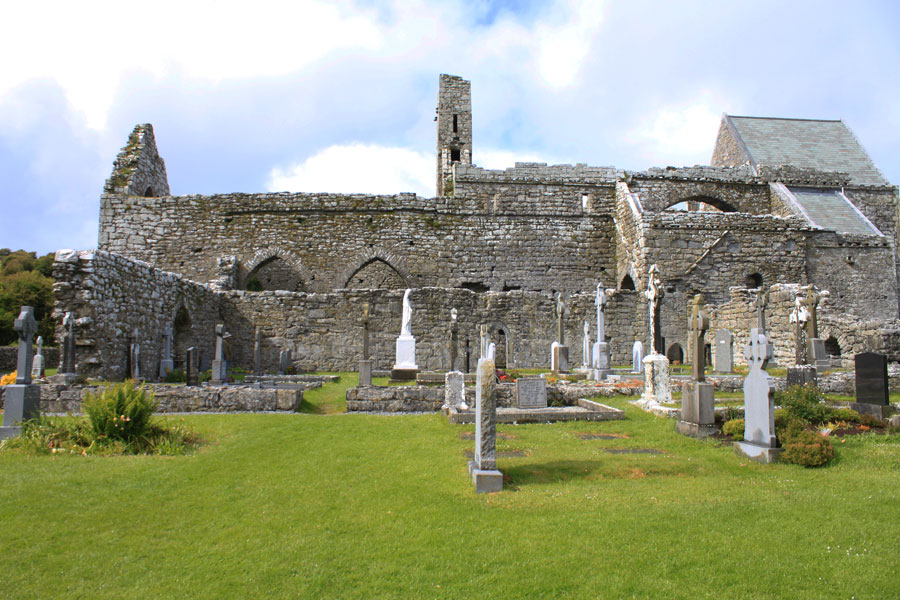 Originally, Corcomroe was a Cistercian abbey, set in the valley surrounded by the Burren’s barren hills that look as if all the grass and vegetation were scraped off with jagged glass.  The abbey was built sometime in the late twelfth century.  Access to the valley was through a pass in the mountains known as the “monks pass, ” and it was part of a fortified  region guarded by a castle (now long gone). 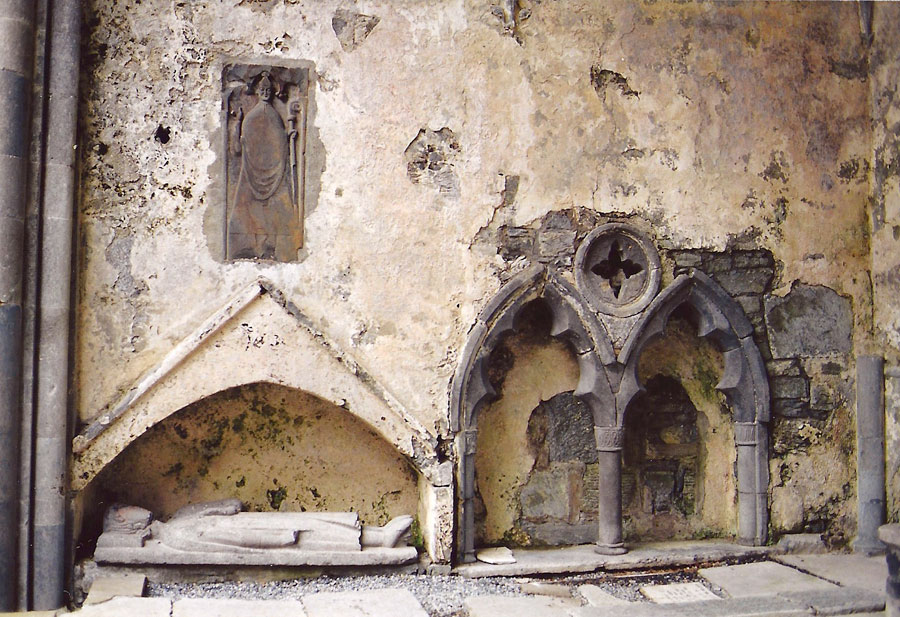 The fishbone pattern on the ribs that support the vaulted roof over the sanctuary, the effigy of a Chieftain king, the smiling bishop carved into a crumbling wall, carved faces and flowers resembling bluebells atop the large columns are all part of what makes Corcomroe amazing.

Corcomroe is a place to walk through slowly… to stop and notice the details. 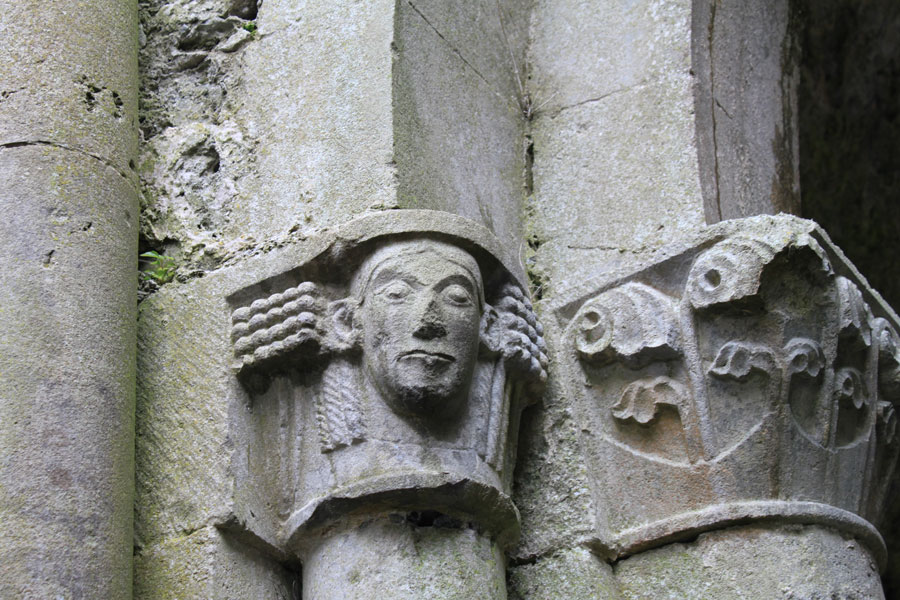 The Abbey sits just off one of the main roads that wind through the Burren.  It’s easy to explore and has a strong sense of solitude. The backdrop of the mountains and small green fields still enclosed by abbey stone walls add to the solitude of Corcomroe.  It has a haunted presence.

Corcomroe projects its memories into the landscape and onto the pilgrim. 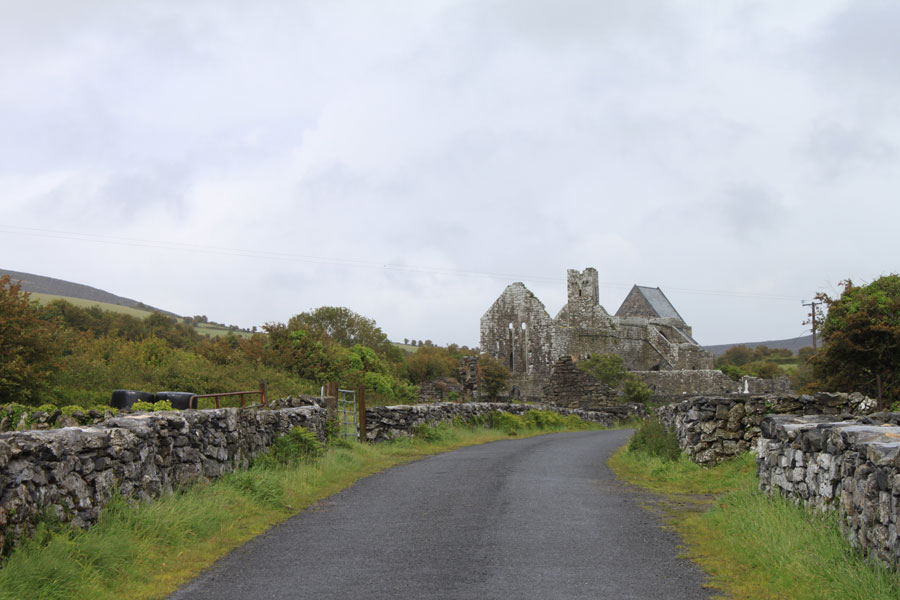 The setting is a perfect mingling of this world and the eternal world – the past and the present.  Looking at the old ruins immediately draws the visitor into a rich past, but the new roof protecting a portion of the abbey is a contribution of today’s faithful – people who want to protect it and preserve it. …a community that values and cherishes it.

What’s left of Corcomroe is a historical spiritual remnant kept company by the local village’s faithful departed.  Graves are everywhere.  But so are little hints and reminders of today’s  faithful who come to pray, reflect and tend to the memories.  Their presence is seen in the repaired grave slab, a makeshift cross, a new flower bed or a small shrine like the one pictured above.  This plastic virgin Mary is secured into a concrete base.  She was placed on the outer wall with three lavender silk roses and a glass jar.  Coins left by devotees are both in the jar and at her feet.   I took this photo in September of 2009.  I returned to Corcomroe in May of 2011.  The shrine was gone.

Corcomroe is a thin place.  It’s a lonely place.