You are here: Home / About Mindie Burgoyne 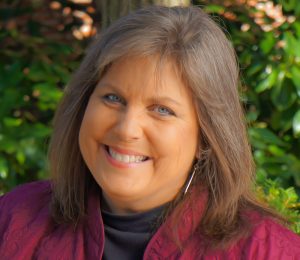 Mindie Burgoyne, is a storyteller who comes from a long line of storytellers. She uses that capability today as a travel writer, blogger, author, tour operator and speaker. Her focus is traveling within the context of a story to mystical – magical places that stir the mind and spirit. Her tour company, Thin Places Mystical Tours offers group and individual tours to mystical / sacred sites in Ireland and other Celtic Countries.

For the last twenty years, Mindie has been traveling to Ireland and Celtic Britain doing research on mystical sites, interviewing mystics, dowsers, archeologists, energy workers, artists and historians about the sacred landscape. She has driven thousands of miles across Ireland and has been leading tours there for ten years.

Writing Has Led Her Success

Formerly the publisher of Trinity Music and The Pastoral Press in Washington, DC, Mindie and her husband, Dan have moved to the rural Eastern Shore of Maryland where she continues to write, craft and guide tours and speak at conferences and events. Whenever they can make time, they roll along American roads with RV in tow, scouting out the best fishing spots, flatwater kayaking trails, historic towns, haunted houses, and friendly people along the way. This makes for interesting writing.

“My writing has driven all of my revenue streams” Mindie states. “Writing about Ireland and the Haunted Eastern Shore created the interest in tours to these places. Then my use of social media to promote my writing and tours led to an interest in training and speaking about the uses of social media platforms.” She readily admits that while she loves the tours and speaking, writing is her passion. It it where all the “newness” happens. Mindie admits that she hates the writing process. “Crafting written work is art. It’s making something out of nothing, and that creation is seen only in the reader’s imagination. It’s hell. But the sense of accomplishment that washes over you when you discover people are actually reading your work and being changed by it is the addictive element that drives you to do it all over again.”

Because landscapes and surroundings matter to the Burgoynes, Mindie and Dan moved from the Washington DC suburbs to the rural Eastern Shore of Maryland in 2002 when the last of their six children left home for college.

They could have chosen anywhere in the world to live. Dan, who is from central Maine and Mindie, a lifelong Marylander, found that the Eastern Shore of Maryland with its wild landscapes, friendly people and slow pace of life, was close enough to visit friends and family – yet far enough away from the hectic pace of suburban life.

They bought a 120-year-old Victorian house in a small community that was the southern-most point in Maryland. There they can engage in their passions for gardening, fishing, photography and writing. Because they are close to the beach, family and friends visit often in the summer.